In 2014 Tzong-Ching Ju, Director of the Ju Percussion Group and Music Professor at the Taipei National University of the Arts, asked me to write a composition for the Ju Percussion Group.   The result was Infinity∞Energy, a percussion ensemble composition for nine players.  The title of the work was inspired by Ju’s vision for the 2014 Taiwan International Percussion Convention.   I was fortunate to be part of this amazing convention with a week of outstanding concerts in Taipei and many other cities in Taiwan. This convention was a massive undertaking and on the poster for this event were the words “Infinity Energy” with the infinity symbol – ∞.   My title was inspired by Tzong-Ching’s vision for percussion music and his never-ending energy for his students and The Ju Percussion Group.  When I received the news that Tzong-Ching Ju was elected to the Percussive Arts Society Hall of Fame, I knew that I wanted to revisit Infinity Energy to celebrate Mr. Ju’s induction to the Hall of Fame at PASIC 2016.  So I expanded the performers to 15, wrote new contrasting sections and IE2 was born.   The University of North Texas Percussion Ensemble premiered IE2 ∞ at our Showcase PASIC Concert on November 11th, 2016.

My thoughts on this music were focused on things that naturally had unlimited energy and I kept coming back to “time.” The work begins with wood block metronomes representing time like a clock ticking. This slowly builds into a swift transition that releases with the first entrance of the main theme stated in the marimbas and vibraphone. Here the piece starts to dance as the keyboards and percussion perform over uneven time.  After contrasting sections are presented, the metronomes return and the dialog between the keyboard instruments becomes erratic. Finally Infinity∞Energy arrives back at the main theme and a climatic drumming ending.

In IE2 I chose to have stereo snare drums and tambourines on either side of the ensemble to create the image of time motion.   This part can be played on concert snare drums, but I decided on two marching snare drums of slightly different pitches.   The high intensity of the closed buzz rolls on these drums is unique in percussion ensemble literature and I thought it fit this work perfectly.   UNT percussionists Austin Cernosek and Parker Davis expertly played these parts in the PASIC 2016 video.

This is my second opportunity to compose for the Ju Percussion Group (the first was Heads Up!).  Congratulations to my friend Tzong-Ching Ju on his induction to the Percussive Arts Society Hall of Fame, the Ju Percussion Group for their wonderful music, my amazing students at UNT and to my constant muse and editor, Ewelina.   Enjoy!   Mark Ford 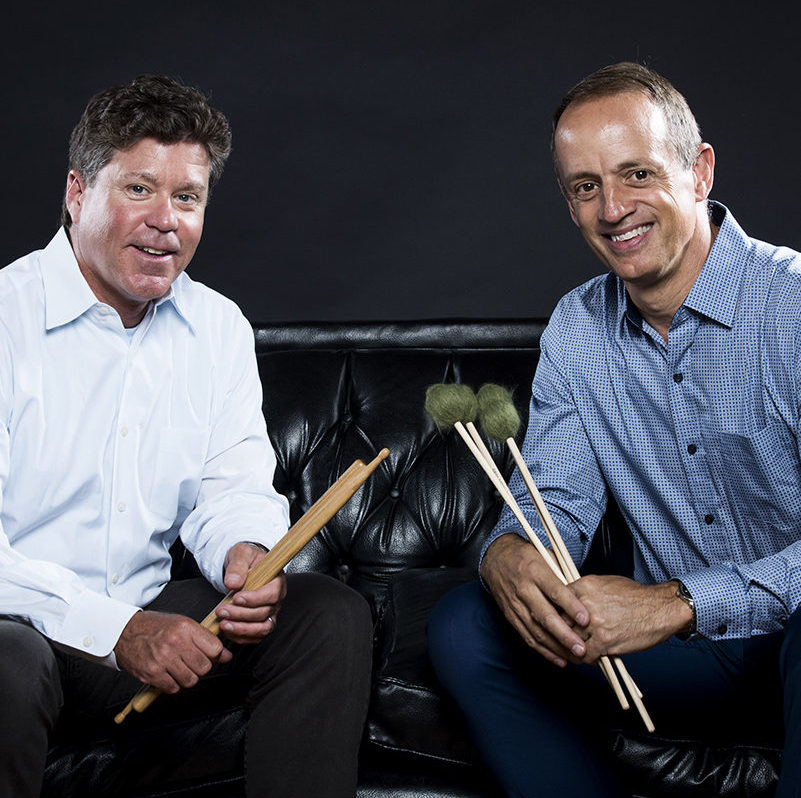 I first met Paul Rennick in the mid-1990’s during a UNT PASIC Alumni reunion.   His work with