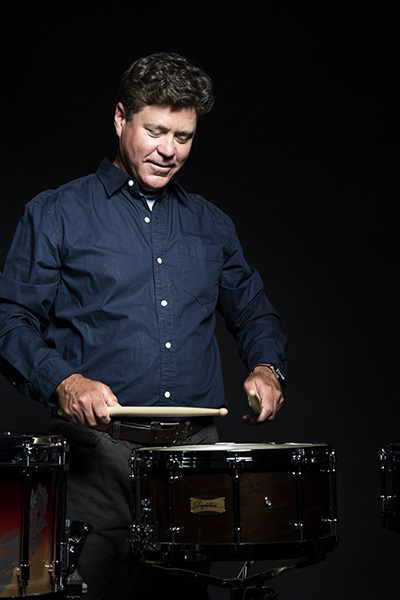 Paul Rennick is Assistant Professor in Percussion at the University of North Texas where he has served on the faculty since 1991. A leading figure in the world of marching percussion and percussion education, Paul has a long history of successful students and renowned performing ensembles, and has been a featured clinician and guest artist worldwide.

Since 1989 Paul has written and designed the competitive shows for the 20-time Percussive Arts Society International Champion University of North Texas Indoor Drumline. He is also the percussion coordinator for the nationally recognized UNT Green Brigade Marching Band.

Paul served as the director of percussion for the Phantom Regiment Drum & Bugle Corps from 2003-2010, winning the Drum Corps International Fred Sanford Award for Percussion Performance three times (2006, 2008, 2010), and the DCI Championship in 2008, achieving the rare feat of winning the DCI drum trophy multiple times with two different organizations. Paul recently received the honor of being elected to DCI Hall of Fame class of 2017.

Paul is an artist and product consultant with Dynasty USA, and helped design the new “Custom Elite” series of marching drums. He is also a signature artist with Innovative Percussion, Inc. and designed three signature sticks, FS-PR, FS-PR2, and TS-PR. Paul is also an artist and clinician for Remo Inc. and the Avedis Zildjian Co.